When it comes to picking a daily bag, often the debate comes down to a HUGE carryall tote bursting at the seams or an itty-bitty cross-body packed with just the essentials. If you happen to fall in the latter camp, chances are there’s a style you’ve been overlooking. Maybe you weren’t exactly ready when it reappeared on the Pre-Fall scene, but in the midst of summer, what could be more freeing and appealing? Slung low at the waist, giving your achy shoulders and arms a break, the fanny pack is back —and very much to the rescue!! It’s done a lot of growing up since the ’90s, too. These days you don’t need to limit yourself to polyester or a cheap neons; the modern belt bag has been transformed into a fab styled up must-have ready to go anywhere. Sure, it’s frequently seen on the waists of festivalgoers and goofy tourists, but it’s attracting its share of stylish admirers. I am a firm believer. “It’s a fashion statement with convenience,” It’s the ultimate effortless chic piece. “For the office to a vacation, it’s for all occasions.”

This has to be one of my all time favorite coffee table books!!!  The cover and the site make such a statement – talk about sexy! This is the first book to focus on the Fendi Baguette. Launched in 1997, the so-called Fendi Baguette instantly became one of the most popular and most important accessories of the decade, earning Fendi the Fashion Group International award for accessories in 2000 and creating an enduring style icon that women the world over coveted and collected with passion. This gorgeously illustrated book celebrates the Baguette—a story of craftsmanship, artisanship, connoisseurship, and design.A deceptively small, simple handbag to be carried under the arm like the French loaf from which it takes its name, the Fendi Baguette has been produced in more than 700 models. Some are simple and understated, while others feature unique or deluxe materials, such as embroidery, sequins, beading, leather, fur, or crocodile skin. Some are embellished with precious stones, while others are wild, limited-edition works of art designed by artists such as Damien Hirst, Richard Prince, and Jeff Koons, making the Fendi Baguette a fashion must-have discreetly tucked under the arms of the most iconic women of our times. #getit #getitatkerry #kerrymwh #fendi #fendibauette #sexy #coffetable #book #fasion #style #home #statement

Looking for something totally different and fab to do this weekend here in Kingston Jamaica ?!?

The Chow Society , hosts of Le Dinner en Blanc, presents K6 Lounge / The Brunch Edition this Sunday! The highly anticipated event is hosted by Leisha and Brett Wong along with Imani and Stephen price at Fort Charles . The dynamic team is known for hosting premium food centric events, and this will be no different! From the venue set up to the music, it promises to deliver a vibe that fuses a luxury beach lounge with a New York city rooftop, all white set within our beautiful Kingston Jamaica.

K6 Lounge will be a premium all-inclusive brunch experience featuring music by DJs Smoke and Cruise. It combines an endless brunch with the infamous Jamaican party experience. “Guests can look forward to specialty brunch cocktails, premium bottle service, interactive & delectable food stations and music to keep them moving from 12pm – 8pm” says host Leisha Wong. Host Stephen Price went on to add that “…it will truly embody the best of 2 different entertainment worlds – the Jamaican one-of-a-kind party experience with an international luxury endless brunch lounge with cocktails and food that provide a bit of a spectacle.” There will be a combination of luxury cabanas and table lounges for rental. Each of these options is well paired with exclusive bottle service as well as a few extra premium surprises for our guests.

For more information please contact hosts at hello.chowsociety@gmail.com or 876.335.9667

My Chic pic of the week goes out tooooooooo the BEAUTIFUL Tiffany Chin!! She rocked this  long satin emerald green dress with such grace and style! Totally appropriate for a PERFECT LOVE Beach wedding at Frenchman’s Cove which is located in the most magical place on earth – Portland Jamaica!

August 25, 2016August 25, 2016Leave a comment
Staying true to what you believe in the face of adversity is an act of courage. It’s too often that people set aside their beliefs for personal gain or to avoid being the unpopular vote. Staying true to your beliefs can not only give meaning to your own life, but can influence the conscience of others to make a more sound choice or better call in judgment. Easier said than done, right? How do you stay true to your beliefs and values when you’re faced with situations that test them?
“The right way is not always the popular and easy way. Standing for right when it is unpopular is a true test of moral character.”

END_OF_DOCUMENT_TOKEN_TO_BE_REPLACED

Whether you want to create a fashion statement or add that little extra boom to a plain jane outfit, a belt alone will help you with that – more than you KNOW! Sometimes, you don’t need anything else (jewelry, scarves, etc.) because a belt adds that well-put finishing touch to your outfit!

1. Waist belts versus hip belts: Belts draw attention to whatever part of the body they lie across.Waist belts are generally considered the most flattering because they emphasize the smallest part of your body and make you look slimmer, but hip belts can do the same thing, provided they are covered a little on both sides. This means that if you are wearing a pair of lower-rise jeans with a belt you want to show off, you would just tuck in the front of your shirt so that the back and sides of the belt are covered. Alternately, you could tuck your top in all around and then throw on a jacket that covered below the belt and wear it open so only the middle front section was visible.

2. Knotting the end of a long belt: This is great for casual outfits — just make sure your belt is long enough and soft enough that it lies properly and doesn’t stick out at an odd angle or dig into you awkwardly.

So you should all know how much I enjoy my coffee and a good coffee shop! I always find an excuse to sit down and get work done in a coffee shop. I even have a greater excuse now with my new computer and blog site. Find a little spot , get some coffee and write ! Write what you want or need , write your goals , write what your feeling – just write and see how much it clears your mind 🙂 Happy Hump day from me !!!!!

My Chic Pic of the week and Friday look goes out to my FABULOUS friend Kerry Clarke !!!! Vacation has never looked OHHHH SOOO good. Kerry looks effortlessly chic from head to toe as she roams the streets of Italy this summer, totally decked out in pieces from #kerrymwh #getitatkerry #thiscouldbeyou #getthelook #vacation #summer #keepitstyling #happyfriday #weekend #yesss

Don’t know about you, but it’s hard for me to wrap my brain around the fact that it’s already August!!! This month, some of you may be heading back to school and others back to work after a little vacation. But don’t fret! Temperatures are still on the rise and so is summer fashion. Keep those off-the-shoulder blouses and espadrille sandals right where they are because you’ll need them with the summer heat that we’ve been having lately. To help keep you cool, calm and totally chic, I’ve put together a bunch of looks to help you end summer on a VERY high note. See what I’m currently obsessed with and how you can incorporate these styles into your own wardrobe… 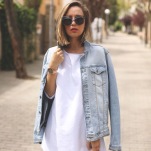 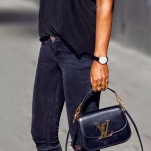